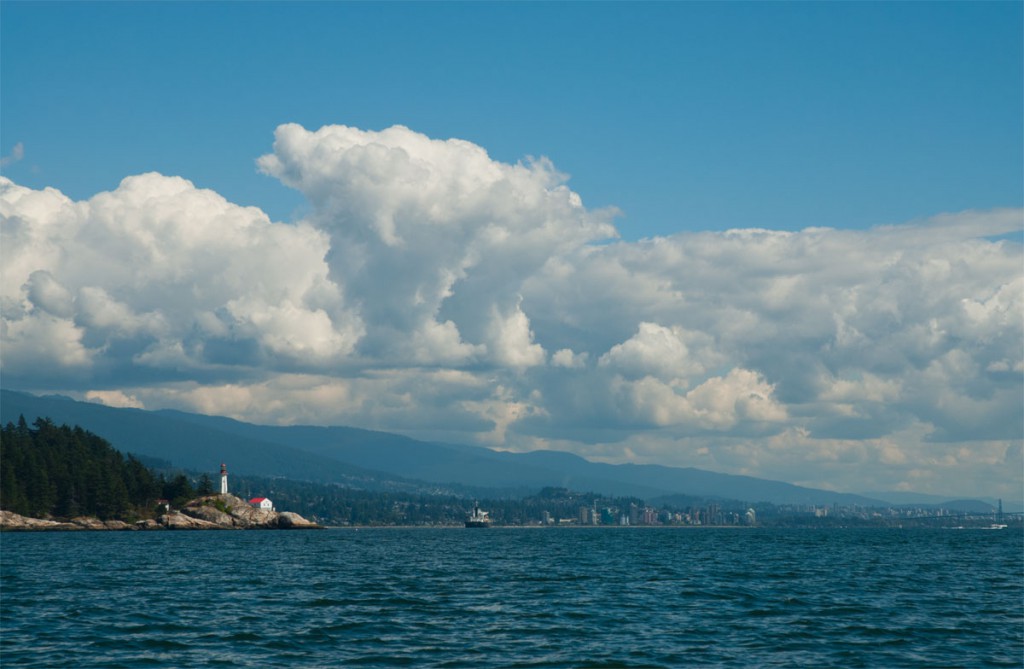 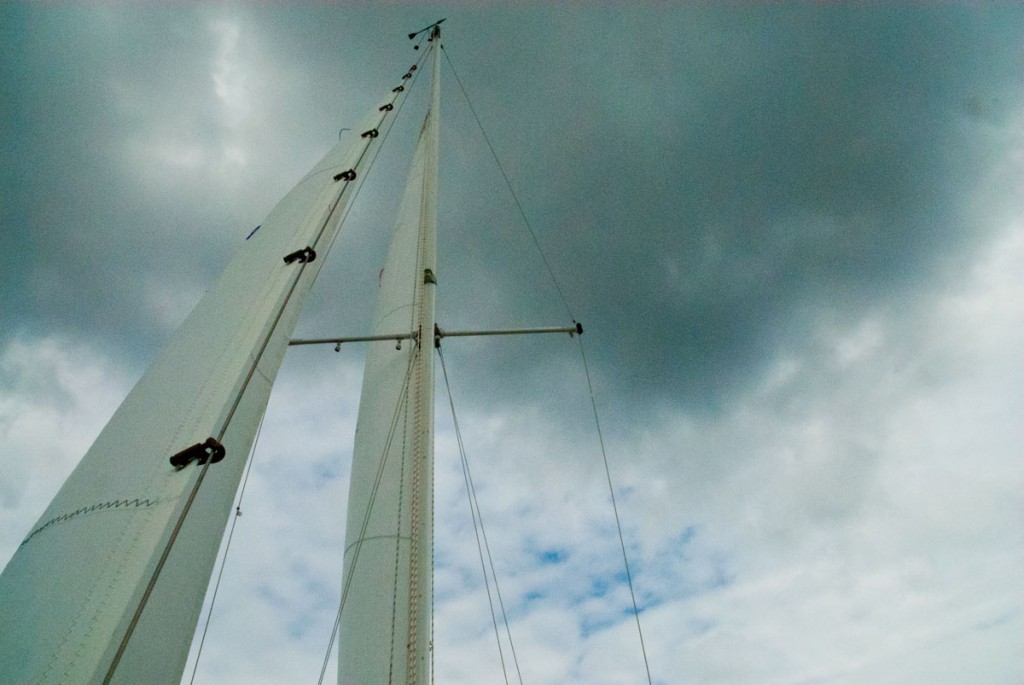 I managed to skirt the rain clouds all afternoon.

Had a great time sailing in the Strait even though the sun only occasionally peaked through, I managed to stay dry. 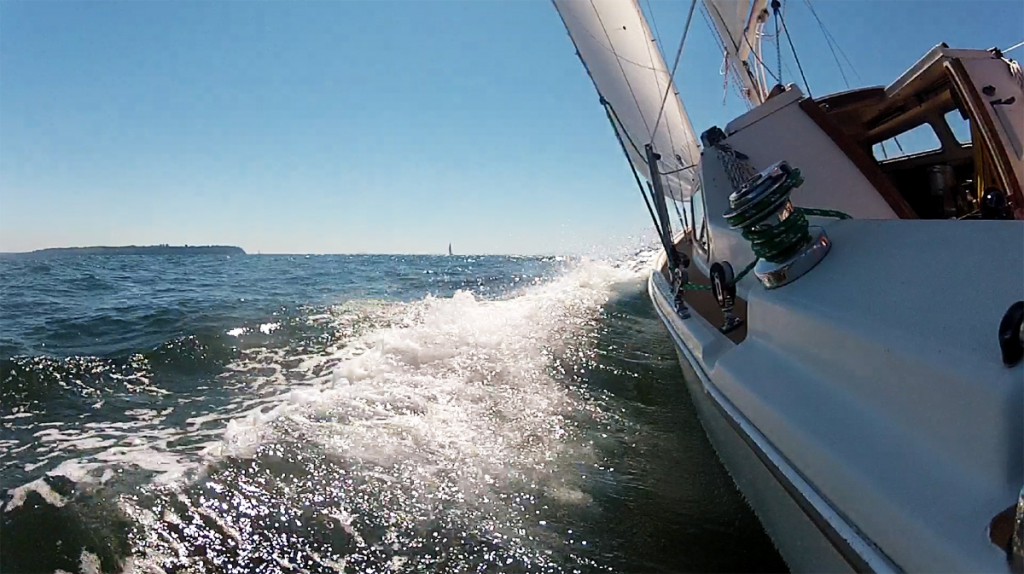 On a sunny starboard tack – it was very difficult to convince me not to just keep on going.

Great day in the Southern Strait of Georgia. 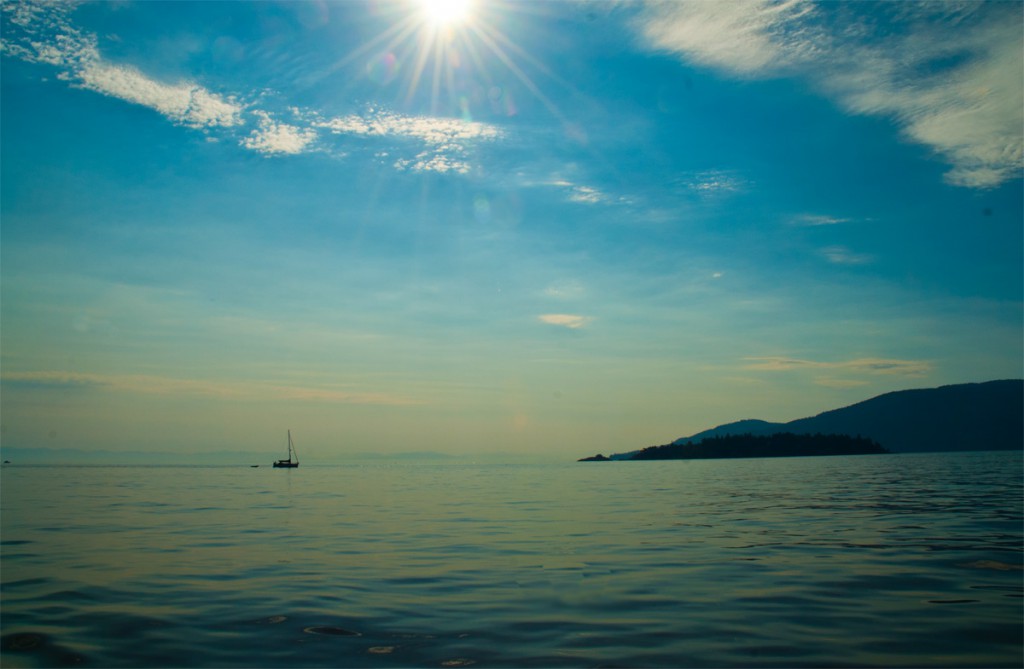 A light wind, but a great afternoon on the water, escaping the heat of the city.

While everyone else was motoring, Madsu was ghosting along at under 2 knots in a super light wind – but the sea was calm so the ride was fine. 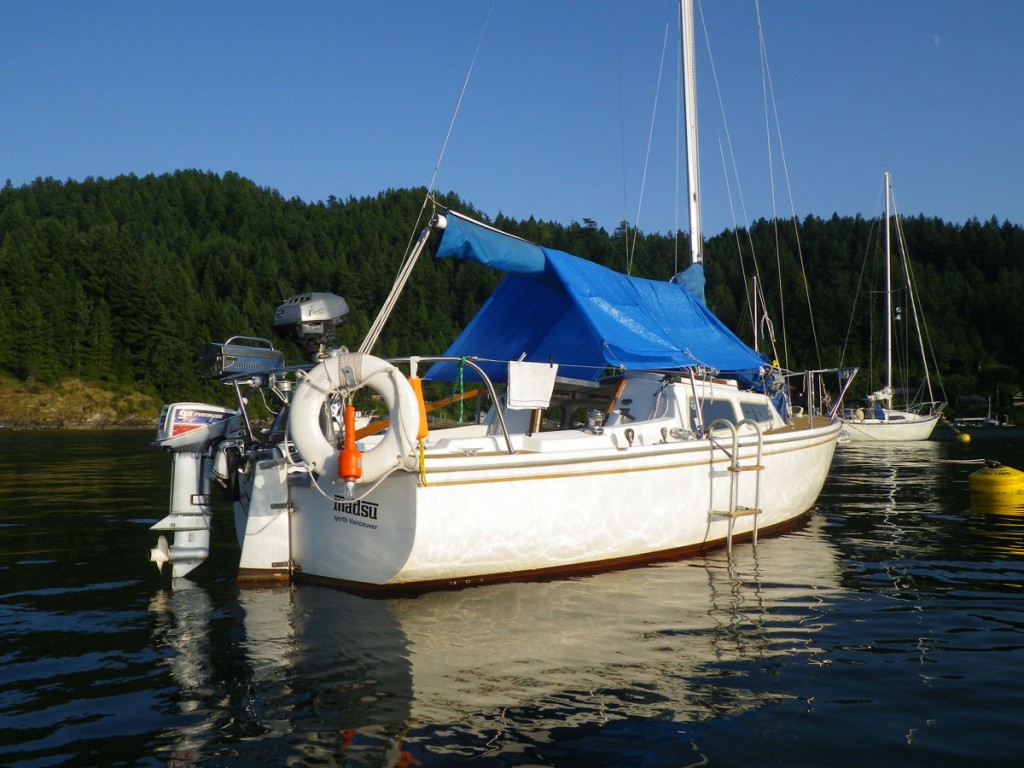 With a few days off and great weather, I made my way to Plumper Cove and spend some quality time at a mooring bouy. 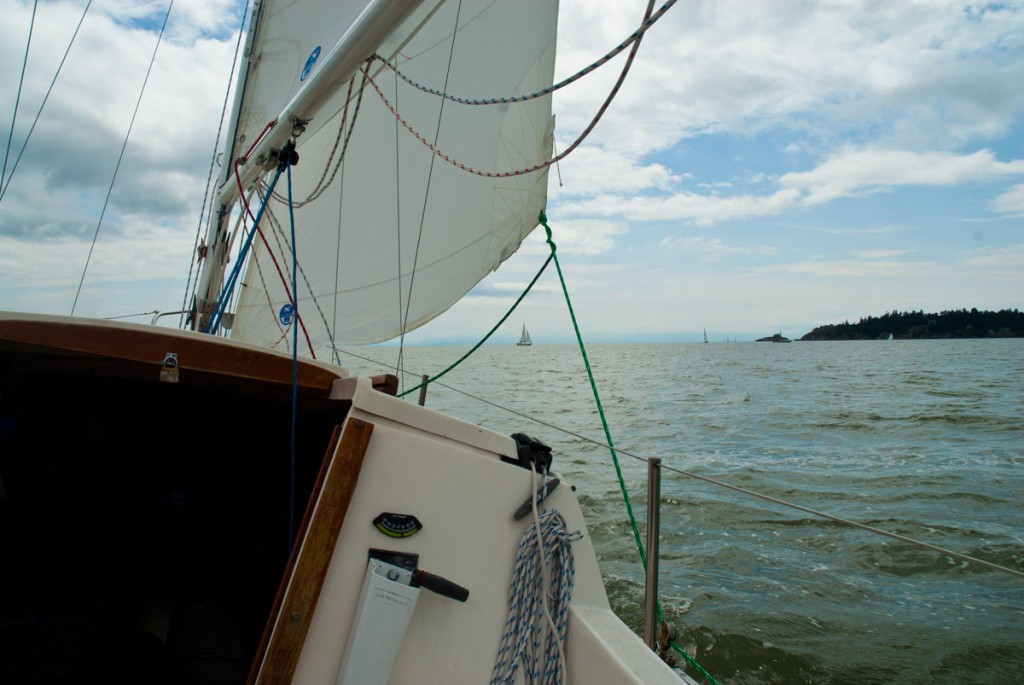 We had a lovely afternoon sail on Canada Day.

With a puffy SE wind blowing into Howe Sound we were making good time to weather – pretty steady around 5 knots and a bit more in the puffs.  Nice to see some sunshine too. 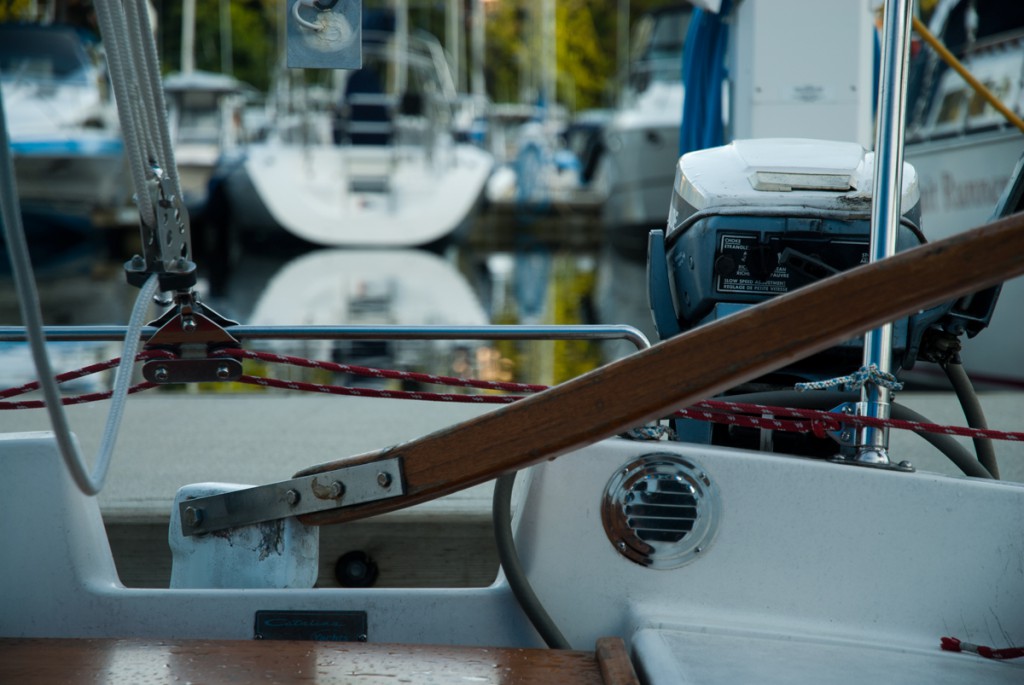 I had a lovely afternoon sitting on the settee, listening to the rain on the coach roof.

By the time it was time to go home for dinner, the rain had stopped.

Not exactly a stellar day sailing, but any day on the boat is a good day. 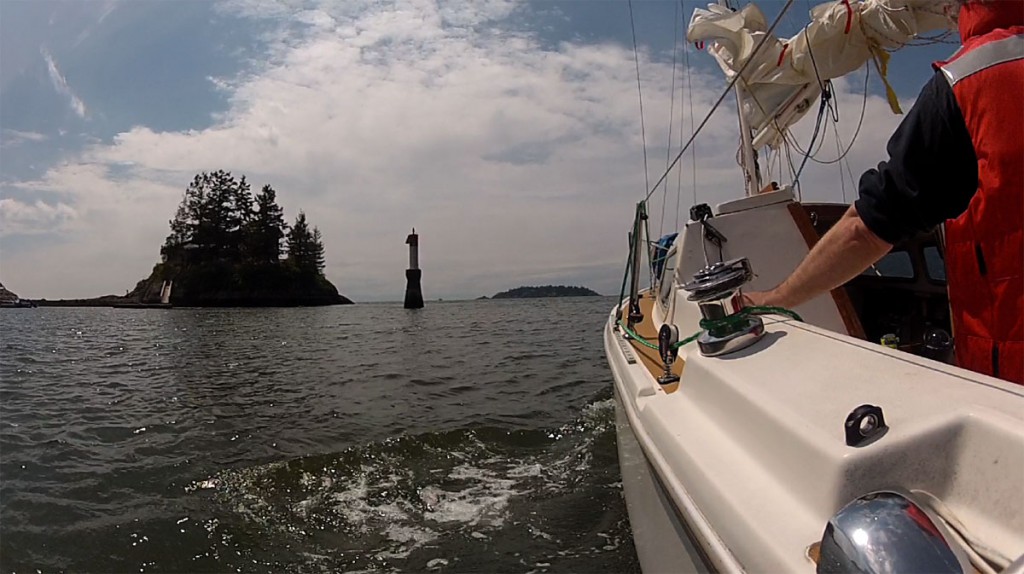 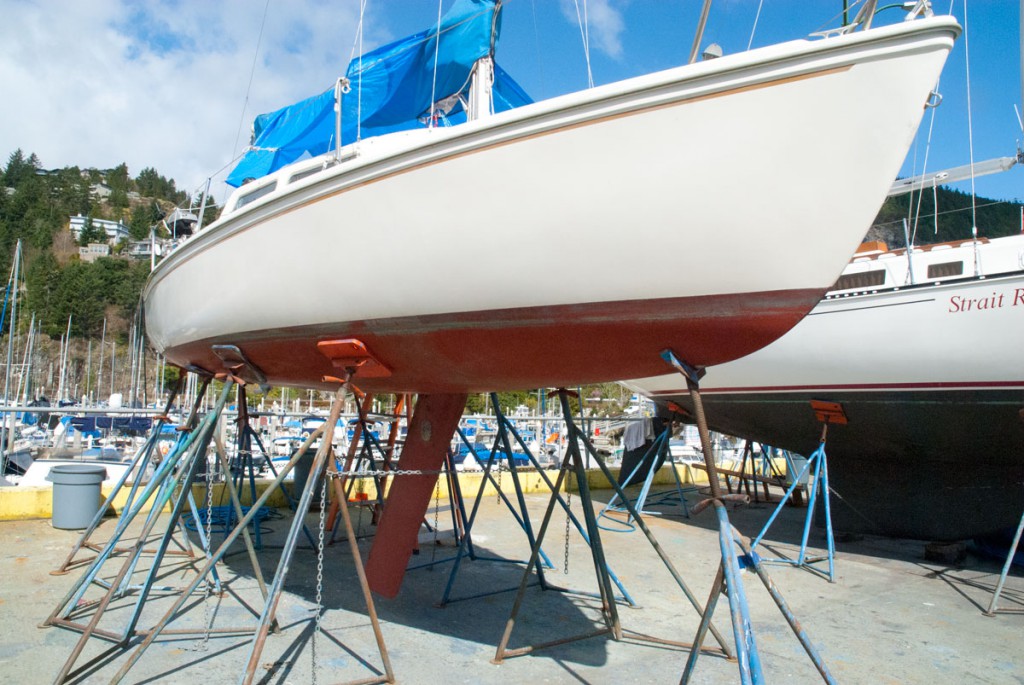 Madsu’s getting new through-hulls this week.  A rare shot of her with the swing keel down.

Even a little boat like Madsu looks big up on the hard. 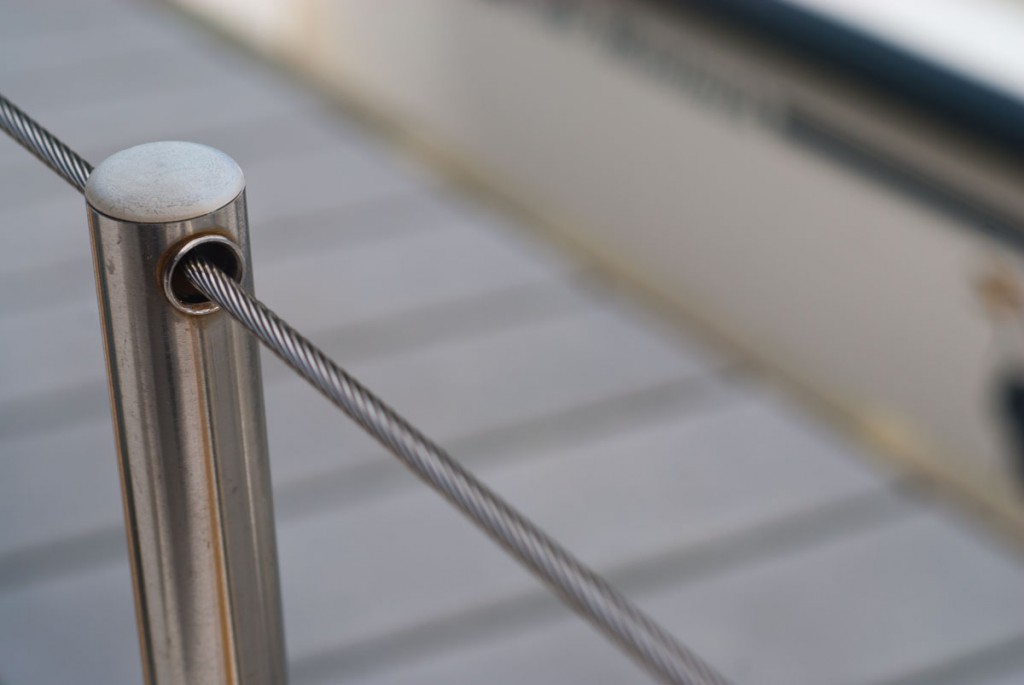 Madsu is sporting brand new lifelines.  Pip at Pro-Tech Yacht Services in North Vancouver put them together for me – he and the gang also did my standing rigging last spring.