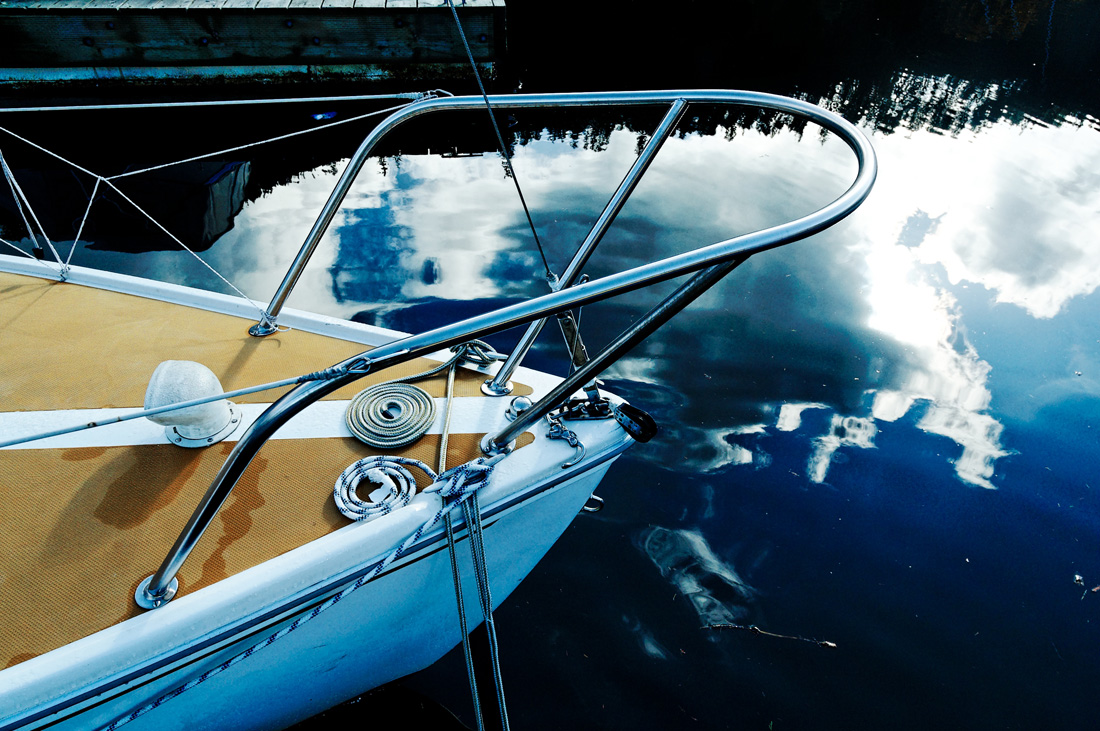 Madsu is still sporting her doubled up lines – a series of gales last week rocked the docks at Horseshoe Bay.

I had to replace a stern line that parted due to the surging – opted to up-size while I was at it.  From now until I pull the boat out of the water later this month I think I’ll keep the lines doubled up – we seem to be getting lots of those big winds from the North (which is pretty normal for this time of year).

One reply on “Sun on the Bow”

What photoshop treatment do you use to get the saturated look in these shots?