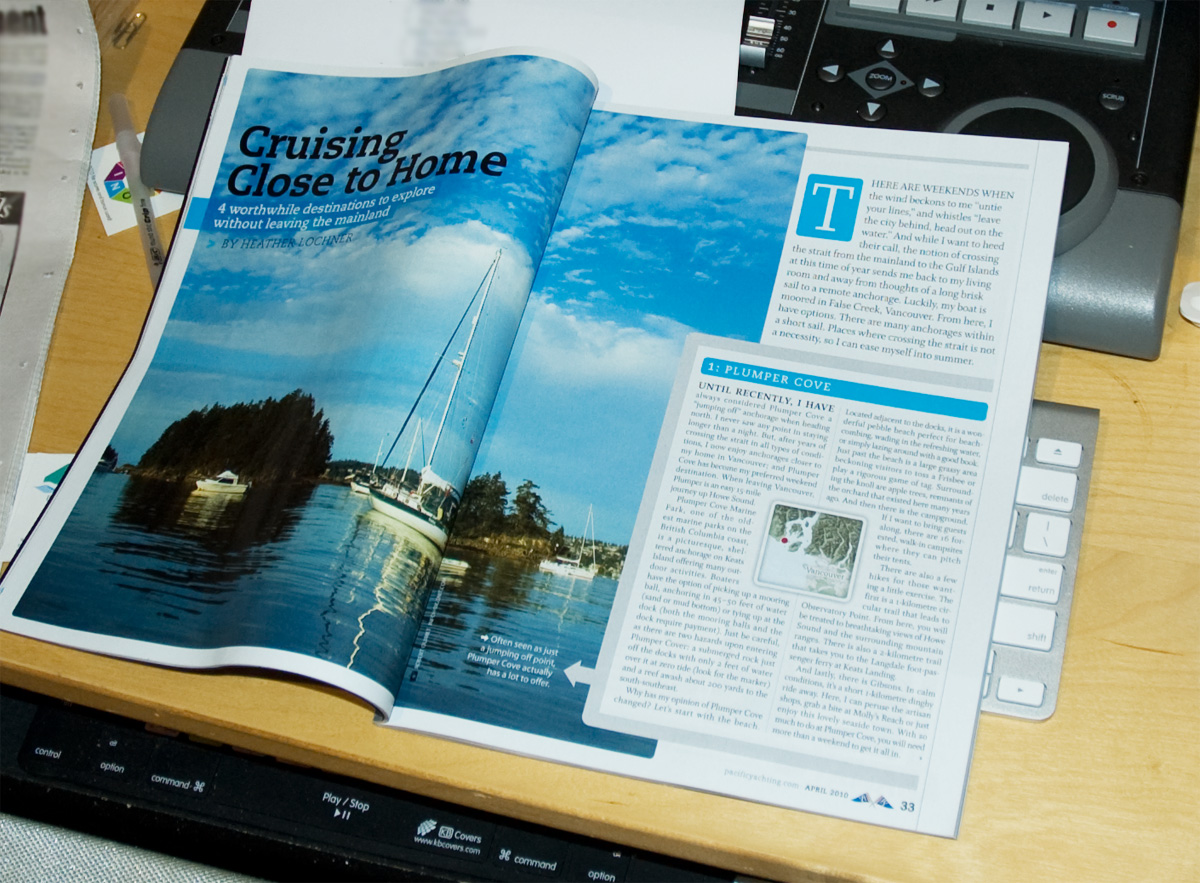 This is one of the photos I shot last fall during a marvelous September weekend.

We were at Keats Island with some friends who were camping, and also ran into other friends anchored out on their Valiant.

The photo on Flickr caught the eye of an editor at Pacific Yachting who was working on a piece about local cruising spots close to Vancouver.

The article, by Heather Lochner,  is in the April 2010 edition of the magazine. My photo is used on the opening spread.

If you want to see how the photo editor cropped and positioned it for the article, you can see the original here on Flickr and compare that to what they used.

Unfortunately, PY doesn’t put its article online (they really should have me come by and talk digital strategy…)

This is one of those ‘no money but a photo credit’ deals, but I’m glad to have my photo in the magazine, especially since the weekend this was taken was one of those magical end of summer trips.

A version of this article was originally posted on my OTHER blog.