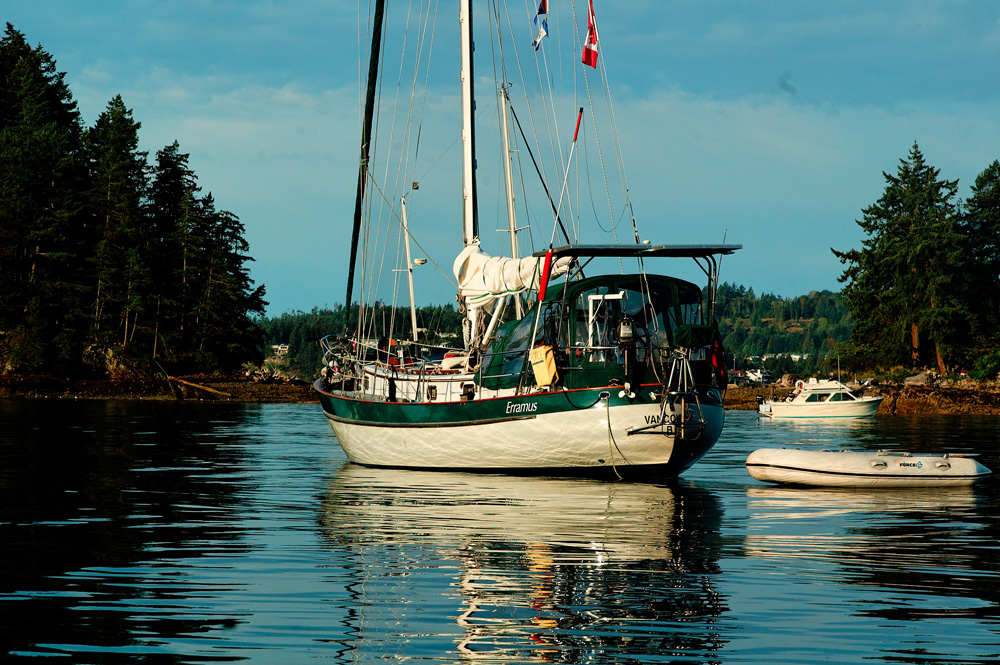 It was a pleasant surprise to find Erramus at Keats Island while we were there for the weekend.

She’s Ron and Merideth’s beautiful Valiant 40, and they were up for the night with some other friend so ours.  I first met Ron at SFU doing the summer publishing series.

I had a good look at Ron’s freshly healed hand – he had a pretty scary encounter with a windlass while they were sailing up coast.  All’s well, though hand modeling is apparently out of the picture.

Madsu feels mighty small after stepping aboard Erramus for a quick visit.