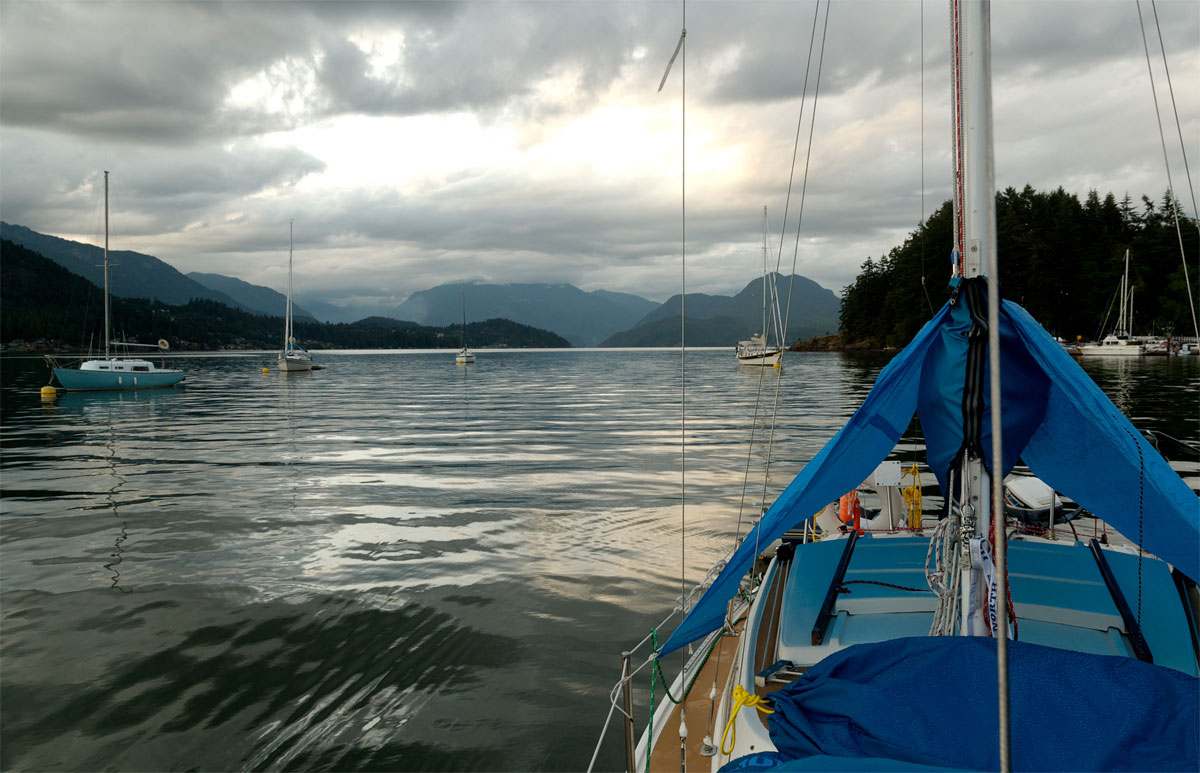 Two days away on Madsu, a short solo trip up to Plumper Cove on Keats Island.

Wind was basically inflow into Howe Sound, but loads of puffs and crazy gusts on the outbound trip made for a fast and furious ride, albeit in the sunshine. Madsu rarely made under 5 knots SMG, no matter what point of sail it seems.

Spent a rocky night at the Cove with the wind blowing in from the straight. Once again, Madsu was the smallest boat in the park – but looking sharp under her blue tarp and a foredeck full of sailbags.

Trip home this morning was outstanding – hit by three separate squalls and cracked 6.5 knots SMG on a close reach.  Frantic tiller/mainsheet work as boat went from flat to pinned in gusts, even with a reefed main and #2 jib.

Thankfully, now have my new North Sails foresails – made for a hairy and fun trip home.  Surprise  !  Not another sailboat in sight until I headed into Queen Charlotte Channel.  Squalls came complete with cold, horizontal rain and a few hailstones.  Still wearing shorts, but also had to don a toque and heavy foul-weather jacket for the ride.

No time for lunch or photos, just time for tiller and  trim.

Verdict:  when can I do THAT again.